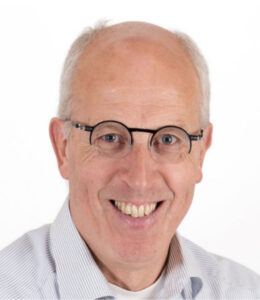 Presentation title: The role of the microbiome and the gut barrier in the functionality of  the ruminant mucosal immune system.

Gastrointestinal epithelial surfaces covered by a mucus layer are constantly exposed to the outside environment, where commensal and potentially pathogenic microbes are abundant. Epithelial cells form thereby a physical barrier that is thin and permeable to very small components allowing absorption of food. The primary role of the mucosal immune system is to effectively prevent the invasion and colonization of the mucosa from pathogenic agents while at the same time developing mucosal tolerance to non-pathogenic molecules and commensal microbiota to avoid excessive inflammatory responses and tissue damage.
The microbiome in the gastrointestinal tract plays a crucial role in the development and functionality of the immune system. Commensal microbiota crosstalk with specific cells of the innate immune system and regulate a proper immune response.
Changes in the composition of the microbiota in the GIT will affect the barrier function of the gastrointestinal tract and thereby the functionality of the immune system; it may weaken or strengthen the immune response against invading pathogens, or it can even elicit an immune response. One of the intriguing changes that may occur in the activated immune system, is a shift in energy metabolism by leucocytes; the so-called immunometabolism.